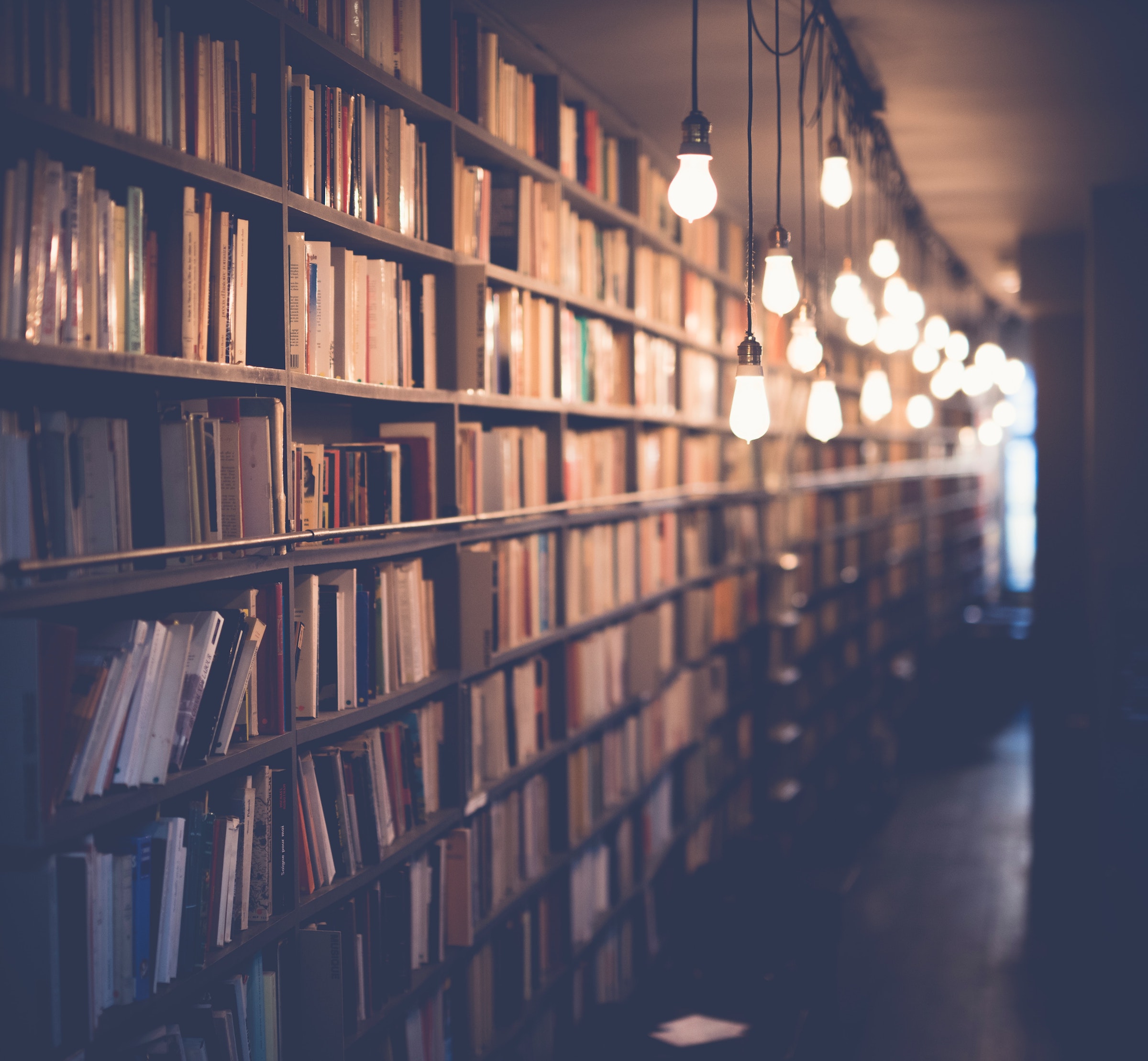 Stealing Fire: How Silicon Valley, the Navy SEALs, and Maverick Scientists Are Revolutionizing the Way We Live and Work 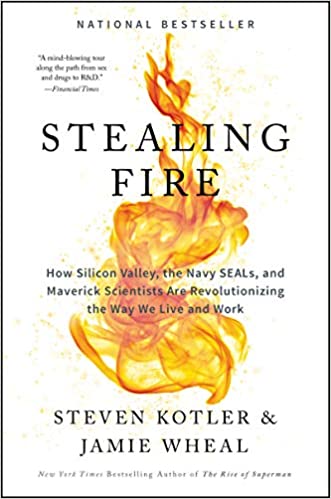 Jamie Wheal and Steven Kotler threaded the cultural needle that needed to happen; bringing awareness to Middle America on the tools that induce altered states of consciousness and how they can help you. Jamie & Steven effectively wrapped awareness of this movement in the most digestible packaging possible in order to bring it to public consciousness.

The purpose of this book was to identify and wrap a narrative around a trend that has been occurring outside the Overton Window for years. The movement is effectively people across many subcultures (Navy Seals, Wall Streeters, Silicon Valley CEO’s, etc.) who are engaging in altered states of consciousness for performance and healing.

The tools you use to engage these states vary wildly; meditation, floatation tanks, extreme sports, etc. But the underlying biochemistry & experience is almost identical.

When looking back at the altered states of consciousness/psychedelic revolution of the late 2010’s I believe Stealing Fire and Michael Pollan’s How to Change your Mind will be labeled as two of the biggest inflection points.

The story of Stealing Fire starts out in Ancient Greece of all places. It details a ritual that goes back thousands of years — the Eleusinian mysteries. The story goes there was a psychedelic compound named Kaekyon that produced altered states of consciousness that were used by the elites for profound impact & insights.

We’re led to believe that the counterculture of the ’60s was the first time that psychedelic compounds came to rise but the history goes to show that nothing is new under the sun.

What is fire? Essentially what are we trying to steal?

Fire is a metaphor for altered state of consciousness. There are many tools or ways to “steal it”. There are also many Prometheans in many subcultures that are using fire. They used to never talk to each other, until now. Hence why this revolution has been a secret for so long.

Examples of Prometheans and the tools they use:

Believe it or not, the vast majority of people are actually seeking altered states of consciousness every day.

They are trying to change their state of consciousness through:

We spend $4 Trillion (this is a conservative estimate) annually in attempts to get out of our heads.

Fire or altered states of consciousness can get you out of the monkey mind. They can power down that default mode network, whose incessant chatter can drive some to suicide.

With STER you can solve problems, be more present, show up as a better coworker or lover.

We have wicked problems coming down the barrel aimed at humanity and civilization. We need wicked solutions. Altered states of consciousness can help solve those problems.

Kotler & Wheal claim that most top performers on the planet are using “Fire” in their professions.

“The billionaires I know, almost without exception, use hallucinogens on a regular basis,” Ferriss said. “[They’re] trying to be very disruptive and look at the problems in the world … and ask completely new questions.”

Why have we missed this quiet revolution - The Three Pales

The reason why the use of altered states of consciousness has not been a mainstream story is due to the three pales. The pales of the Church, Body, and State. If any event, trend, or action happens outside of these pales we tend to talk about them only behind closed doors.

The Pale of the Body

If the process happens inside of you it’s all good. If it occurs outside then it may become a taboo.

You can meditate until you’re the Buddha, dance until you pass out, or pray until you turn blue in the face.

As long as you’re not engaging with anything outside yourself (substances, technology, etc.) you’re usually in the clear.

The Pale of the Church

For over a thousand years the Catholic Church was the most powerful institution on this planet. If a practice of yours threatened the Church or Church leaders it could put you in the body bag. They had so much power they influenced our sexual norms and still do to this day.

The Pale of the State

For hundreds of years now, the nation-state has had a monopoly on violence and a good chunk of culture.

We are still, to this day, still hearing the echoes of “Just say no” even though it was uttered decades ago.

Many who have ventured beyond the pale have met their demise. If you venture outside the pales make sure you don’t end up in a:

The Four Forces of Accelerating the Altered States of Consciousness

There have been developments in the understanding of our own psychology that have allowed us to integrate and accept these altered states of consciousness. Saying you “felt one with everything” 70 years ago would have put you in a looney bin, now we understand that physiologically it means that you experienced a decrease of activity in your Default Mode Network of the brain.

Without movements like the human transformation movement; Esalen, personal development seminars, and Eckhart Tolle we won’t have the language or understanding of what is going on during ecstasis.

With advances in medicine, specifically sensors and measuring devices, we’ve been able to “look under the hood” and measure bio makers that explain what is happening during these altered states of consciousness. Measuring the key neurochemicals: dopamine, norepinephrine, anandamide, etc.

With fMRI machines & other mapping technologies, we’ve greatly expanded our ability to understand these experiences, study them, and repeat them.

Advances in the ability to create new molecules and global commerce have allowed us to gain access to substances at unprecedented levels than ever before. All of the indigenous cultures before us were limited to the substances that grew around them naturally to achieve altered states of consciousness.

Now a tech bro from California just needs to hop on a plane to try a substance like Ayahuasca that is indigenous to the rainforest.

With chemistry geniuses like Sasha Shulgin openly publishing his works paired with 3D printing our abilities to create compounds of any kind are growing exponentially.

There is an exploding market of technology devices that help you enter into altered states of consciousness. Examples include:

The number of these devices & their overall market will only grow over the coming years.

The ability to convene with like-minded individuals who also use altered states of consciousness in order to heal & perform is growing. Some examples of these communities include the Burning Man festival & Burners without Borders.

The Prometheans are all trying to find each other.

Burning down the house - Fire is Fire

Don’t get fooled, using altered states of consciousness can be like playing with fire. There have always been the High Priests that want to control the fire and the Prometheans who wish to bring it to the world to light it up.

We can be sure that everytime a new ecstatic inducing technology has been invented or discovered it’s been regulated in some way or another.

The battle to bring fire to the world won’t’ be easy, there are many traps along the way:

How can a modern-day Promethean use fire responsibly? We want to light up the world and cook with it, but we also don’t want to burn down our apartments or our block.

When playing with this type of fire there are known issues of STER. Remember STER is selflessness, timelessness, effortlessness, and richness.

The Potential Pitfall of Selflessness - it’s not about you

If you have a peak experience that makes you feel like God, just remember when you come down from the mountain top, you aren’t Moses. God is within all of us or none of us — not just you home boy. Don’t fall into the messiah complex trap.

The Potential Pitfall of Timelessness - It's not about now

Experiencing timelessness can be disorienting. It can lead you to overvaluing the present and its importance. Since the invention of writing there’s always been someone claiming this is the end of times or a once in an epoch event. Don’t be that guy. Remember to hold on to the insights or downloads you received in the peak experience but return to earth afterwards.

The Potential Pitfall of Effortlessness - don’t be a bliss junky

Many of the tools that induce altered states of consciousness are actually hacking our reward circuits. They are hijacking the pleasurable neurochemicals — experiences that induce bliss. It can be a slippery slope to play with these biological knobs and levers. Don’t end up being that monkey in an experiment who keeps pulling the level to get cocaine water.

The Potential Pitfall of Richness - don’t dive too deep

There have been those historic chasers of ectasis that keep diving too deep into the depths and almost drown. Don’t follow their lead.

John Lily — the inventory of the floatation tank became addicted to taking Ketamine while in the float tank.

It damn near killed him. Don’t fall for the trap no matter how rich and magical the rabbit hole may be.

The Hedonic Calendar is a good guide for playing with fire. Effectively it’s a system that charts the frequency of all the tools you can use to stoke a fire. It buckets them into 5 buckets: daily, weekly, monthly, quarterly, and annually. Place the proper modality in the bucket according to intensity, cost, recovery time, accessibility etc.

Learn more about it here: https://training.flowgenomeproject.com/hedonic-calendar/

Remember you’re a primate. At the end of the day you’re a literal monkey. You will always have flaws. Don’t aim to be the Buddha or Jesus, it’s a fool’s errand.

“There is a crack in everything, that’s how the light gets in”